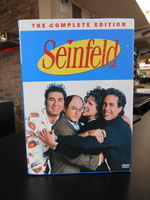 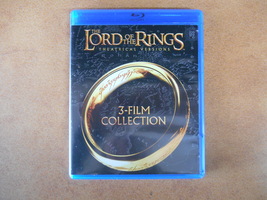 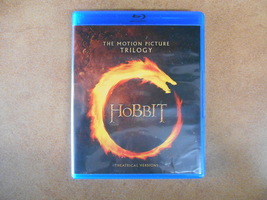 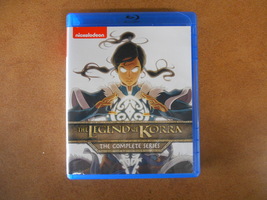 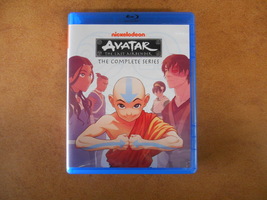 This set is missing 3 DVDs:


This is a used DVD set and shows minor signs of wear on the disk. May have light scratches.

The Lord of the Rings: 3-Film Collection [Theatrical Versions] [Blu-ray]

The Lord of the Rings: 3-Film Collection [Theatrical Versions] [Blu-ray]

This set features all three movies based on JRR Tolkien's classic book. In The Hobbit: An Unexpected Journey, hobbit Bilbo Baggins (Martin Freeman) joins a sets off on an incredible quest to reclaim the Lonely Mountain; in The Hobbit: The Desolation of Smaug, Bilbo discovers a magical ring that may help in his quest to reclaim the Mountain; in The Hobbit: The Battle of the Five Armies, Bilbo and the Dwarves are forced to fight to prevent the Lonely Mountain from falling into dangerous hands.

The Hobbit: The Battle of the Five Armies

The spirit of the Avatar lives on in the complete series of The Legend of Korra! Relive every moment from all four books. From meeting Avatar Korra, a teenage girl from the Southern Water Tribe, in book one, to opening the spirit portal and entering a new age where spirits and mankind coexist in books two and three, to embarking on a journey of self-discovery and restoring balance to the Earth Kingdom in book four, you won't want to miss a second of air, earth, water and firebending in this complete collection!

This multi-disc release features every episode of Avatar: The Last Airbender, the beloved animated series following the young Aang, a teenaged Airbender that must strengthen his powers to bring peace to the world.

Behind the scenes with the Avatar cast & crew

Into the Fire Nation at San Diego Comic-Con

Plus featurettes, Audio commentaries and more!

The making of Avatar featurettes

The women of "Avatar: The last Airbender"