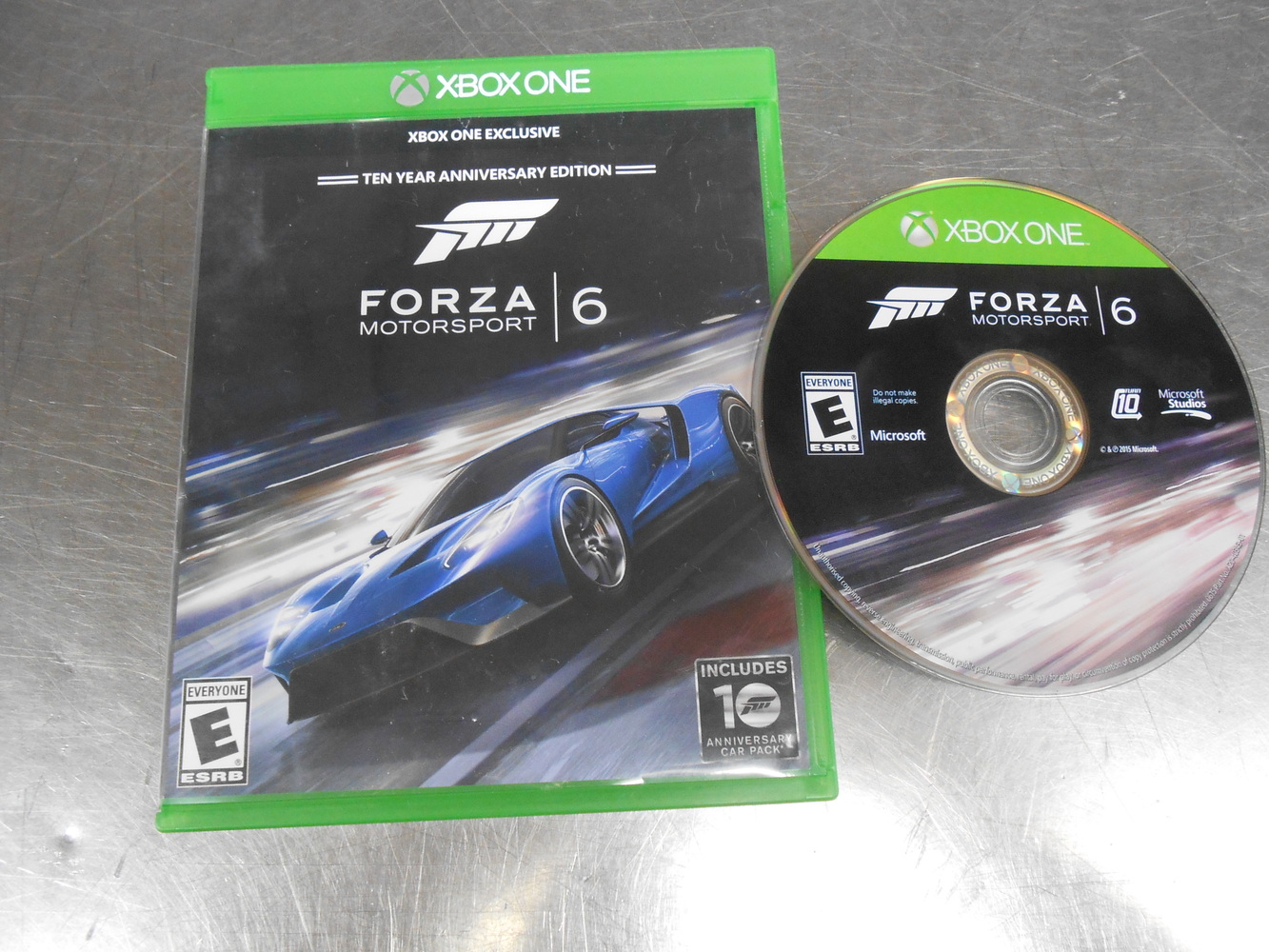 Xbox One Forza Motorsport 6
One
add to wish list

Pre-owned but in good shape.

Unrelenting action at simulation speed in the most beautiful and comprehensive racing game of this generation. Collect, customize, and race over 450 Forzavista™ cars, all with working cockpits and full damage. Compete in epic 24-player races across 26 world-famous locales. Master wet weather and night racing on your road to victory.

AS REAL AS IT GETS